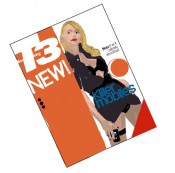 1) Stories have neither beginnings nor endings

Walter Benjamin’s 1936 essay The Storyteller: Reflections on the Works of Nikolai Leskov sets out to characterise the nature and historical basis of storytelling. Amongst its many dialectical devices, the essay contrasts the chronicler and the historian. While the historian sets out to explain past events, the chronicler simply recounts. He or she is “not concerned with an accurate concatenation of definite events, but with the way these are embedded in the great inscrutable course of the world”. That course is accepted as divinely ordained, and thus the chronicler is relieved of “the burden of demonstrable explanation”. The storyteller is a secularised version of the chronicler, Benjamin proposes: liberated from explanation or analysis, storytellers are free to spin tales into infinitely proliferating webs, and the end of one story may always serve as the start of another. Unlike novels, for example, “there is no story for which the question as to how it continued would not be legitimate”.

So in stories, everything is (potentially) connected to everything else. That cliché is usually ascribed to Lenin, but a little Googling suggests the attribution is apocryphal. The phrase is probably just a proverb. Maybe people like it and recycle it because it recalls the flavour of storytelling; offering no real explanation or analysis, it’s a very short story about stories.

The connection between the two tabletops shown here—one from Bosch’s The Conjurer, the other a detail of Melanie Jackson’s 2003 installation Some Things You Are Not Allowed To Send Around The World—might be established through analysis and explanation. An earlier work by Jackson (After ‘The Conjurer’, 1996) juxtaposed Bosch’s painting of the conjurer-trickster, his tools and his audience, with the artist’s own video footage of Eastern immigrants playing three-card Monte in Berlin just after the Wall came down. Whether or not she made a conscious connection, Bosch’s tabletop was present in Jackson’s visual memory when she went to work on Some Things… in 2003. That’s the historical justification, but the paired images might also form the start of a story, in which present-day artistry is likened to older popular diversions and the artist’s persona starts to mirror figures from an earlier age: either the storyteller-moralist whose role is to counsel others on the ways of the world, or the entertainer whose dexterity creates around itself a small but discernible cloud of ethical uncertainty. The comparison might also reflect back on the activity of the contemporary art writer, caught between scholarly expectations that she’ll provide a methodologically consistent analysis, a correct historical context and an “explanation” of artworks on one hand, and on the other the much more traditional demand on critics to spin pregnant, absorbing stories about artists’ lives, their remarkable gifts and their wonderful creations.

2. Everything is connected, but there is no single vantage-point

Benjamin writes that in stories, the connections between events, people or things may be accounted for perfectly acceptably by means of magical, miraculous or supernatural agency. In contrast, modern forms of communication (Benjamin’s examples focus on novels, the press) deal in information, in which facts and events must be connected in reasonable, credible ways. Magic is banished.

Three-card Monte depends on exploiting the assumption that appearances will be reliable and connections transparent. The game’s “magic” lies in the operator’s sleight-of hand and the presence of “shills” or insiders who help him trick victims into betting money. A trio of playing cards, or three containers and some kind of spherical object, are shuffled around on a flat surface. The object of the game is for the player to pick the “money card” or the vessel under which the ball has been hidden. The mark watches the con man’s team winning and losing and finds he’s more able to follow the movement of the money card than they. He concludes the game is easy and tries his luck. The con man brings his repertoire of tricks into play—the “throw”, for instance, or the lively-sounding “Mexican turnover”— and thoroughly confuses the mark. “Done properly, the throw is virtually undetectable; even shills can’t reliably follow cards through” notes Wikipedia (though here, appropriately enough, the online dictionary’s transparency has itself been challenged). One wonders if occasionally even the con man loses track, and is forced to rely on blind guesswork to maintain the scam.

The postmodern propositions that explanatory “master narratives” are obsolete and that reality cannot be grasped from a single viewpoint have had several decades to lose whatever shock-value they once possessed. But Jackson’s animation A Global Positioning System invites reflection on another vantage point that has gone, this time a technological one. A Global Positioning System originated from the concept of mapping the totality of technologies and sites of production represented by a GPS device. However the range of components that constitute this apparatus turns out to be so complex and diverse that no single individual can have a comprehensive overview. The map is impossible. One assumes this must also be true of many other mass-produced devices on the market. It’s a less grandiose, but somehow more insidious, disappearance than the philosophical disintegration announced by postmodern theory.

In Jackson’s video, we briefly meet the boss of a Chinese factory that assembles GPS systems. Seated in his smart black leather chair, he shows us the integrated circuit that he identifies as the “heart” of GPS technology: a cluster of millions of transistors, “like a whole city of skyscrapers”. On the soundtrack, we hear the voice of the director of a GPS factory in Guangzhou recorded by the artist on location whilst researching the work in 2005. In the finished work, the character’s facial image and mouth movements don’t lip-synch neatly with the recorded voice. Via Jackson’s animation technique, the tiny marks and lines that form his mouth shatter and regroup, solidify and liquefy. Albeit fleeting, the effect of the disconnection is subtle but decisive: something is not quite right, yet exactly right in its elusiveness. This man seems friendly and trustworthy and what he’s saying is perfectly reasonable. But connections are now visibly unhitched. The facts are dispersed and decentralised and can only be grasped collectively. This seems a cause for both optimism and anxiety. Technological production hinges on the sharing of practical expertise across collaborative networks. But part of the network may fail, or be destroyed, or opt to withhold its knowledge. What then?…