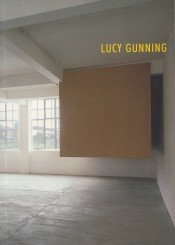 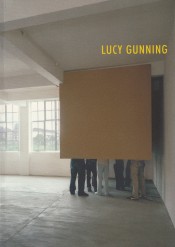 RW     Yet that makes this situation interesting, because it mimics ones that exist in your works. Here I’m not just thinking about Malcolm, Lloyd, Angela, Norman and Jane, (which features edited interviews with five people who stammer). In Madame Verlaine’s Devotion, for example, you focus your camera on people who you’ve asked to undertake a tricky translating exercise. You yourself are interested in looking at people who are placed under stress or at the limit of their competence in some way. But we can revise this “interview” as much as we like. The printed version might well be quite different from our original recordings.

LG       Yes, and the force with which the work gets pinned down, the definitive statement that supposedly sums the work up in a sentence. Recently I was asked to check an edited version of a text I’d written on my work.  It included a comment about the subtle ways in which people resist being forced to conform to social norms through physical behaviour (a preoccupation that threads through the work).  But in the new context it became laboured and heavy-handed. There’s something about what’s placed either side of critical categorisation that’s very important, so as not to close the work down.

LG    The 1996 City Racing show included four silent films: Eye, Peeling the Apple, Birthday, and Doorway. The first three showed events that I’d set up specifically to be filmed, something I tend not to do now (though I may well return to it). Doorway resembles more recent works, in that it documents “real life” activity rather than staged or choreographed material.

Eye shows my reflection in somebody else’s eye. The eye roves around, looking across the plane of the screen at something we can’t see.  My reflection in the iris is quite subtle, but you can see me talking, and at one point I hold my hand up. It lasts about 2.5 minutes. I filmed it about six times, going to great lengths to position the camera correctly and get a clear image in the eyeball whilst ensuring that the camera and tripod weren’t reflected. My point of view and the camera’s point of view are at an angle of about 45 degrees to the subject. So there’s quite a complicated play of viewpoints in the work. It was shot out-of-doors, to obtain as much light as possible and cause the pupil to contract, making more room for the reflection.

Another 16mm film was screened on the adjacent wall. An invigilator operated the projectors for visitors as required, so the screenings were quite performative. Peeling the Apple showed an old woman (my grandmother) attempting to peel an apple in one go, recapitulating a ritual game that she’d played with me as a child. She then used to cut bits off and hand them to me. The gesture of an older woman preparing something and passing it to a (female) child interested me: It hinted at a process of inheritance. However, in the film she doesn’t pass it to me but eats it herself.

In another room, we showed Birthday, which featured the same woman blowing out candles on a birthday cake. There were ninety candles, but on film they form a single bright flare of light. The film was looped, with half the loop carrying the film image and half black leader, so when the film image appeared it illuminated the room, and when it disappeared the space went dark. In a third room was Doorway, another looped projection lasting about a minute. It simply shows a doorway in a street with people passing by. Some walk past the doorway and others – again, mostly elderly people- enter the doorway. You don’t know where it leads, and they don’t come out again.

This show altered some expectations about my work. Up to that point many pieces had a humorous aspect, but this show had a melancholic feeling which asked viewers to approach it differently. I’d also tended, quite wrongly, to be categorised as a ‘video artist’, a problem that persists even now. Questions of space, architecture, installation and the physical siting of works have always been crucial. City Racing’s architecture formed an important aspect of the show. Formerly a domestic building, its doors had been removed to convert it to gallery use. I tracked down four doors- the semi-institutional type with reinforced glass windows- and hung them in the door frames. This was important: I wanted to create thresholds for visitors to cross. The windows enabled you to see into the rooms and positioned you very definitely outside before entering, so the sense of spatial transition was heightened…