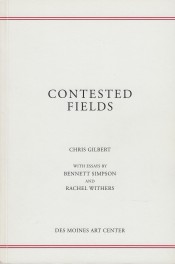 Interviewed by the Los Angeles TImes in 1990, the Conservative politician and Thatcherite Norman (now Lord) Tebbit decided to air his opinions about the attitudes and allegiances of Britain’s immigrant communities.  “A large proportion of Britain’s Asian population fail [sic] to pass the cricket test” he asserted.  “Which side do they [sic] cheer for? It’s an interesting test. Are you still harking back to where you came from, or where you are?”.  Reported in the UK, Tebbit’s comments caused immediate, widespread offence and his “cricket test” has become a leitmotiv in discussions of race relations, national identities and the sociology of sport (see here for example Okwui Enwezor, quoted in Chris Gilbert’s essay).  Clearly, the then-Honourable Member for Chingford (Tebbit’s constituency) could not conceive that performative gestures such as “cheering for a team” or “flying the flag” might be relative, shifting their significance according to the position from which they are viewed.  One can only wonder how – were he ever to encounter it – Tebbit might negotiate the ambiguities of Mark Wallinger’s 1994 photo-mural Mark Wallinger, 31 Hayes Court, Camberwell New Road, Camberwell, London, England, Great Britain, Europe, the World, the Solar System, The Galaxy, the Universe.

Mark Wallinger, 31 Hayes Court… was taken outside London’s Wembley Stadium just before a ‘friendly’ England v. Poland football match.  It documents the artist and an accomplice either leading or obstructing a column of fans as it enters the stadium.  Team Wallinger occupies the middle ground, brandishing a large Union Jack suspended from poles in the style of a trades-union banner; patchworked across the flag is the artist’s name.  Prior to the taking of the photo, the pair had manhandled both flag and two approximately ten-foot long poles across London on public transport, then paraded the banner from Wembley station to the football ground.  Behind it, some waggish fans have improvised a chant that treats the artist’s name as if it was that of a football club: ‘WallingGER, WallinGER, WallinGER…’.  As the camera’s shutter clicks, an England supporter in the foreground grabs the limelight, spreading his arms in a gesture that unwittingly mimics the form of the Union flag.

Is it worthwhile to ask, Tebbit-style, whose “side” Wallinger’s piece is “cheering for”- what allegiances or convictions it exemplifies, what cultural or critical agendas it’s advocating?  Wallinger’s home town of Chigwell, Essex, borders Chingford, but the ideological closure underpinning Tebbit’s statement and the mobile, ambiguous address of Wallinger’s piece exist (metaphorically speaking) light years apart. Wallinger himself maintains that a “properly aggressive, critical and ironic [art]… doesn’t announce the position it is coming from” and ths work, it’s argued here, intrinsically resists the application of an art-critical equivalent of the cricket test. This is not to say that the artist himself has no convictions or political motivations, but to take seriously bot the artist’s words and the interpretational challenge his work offers – and, in doing so, to avoid the type of art criticism that regards artworks as vehicles for moral messages, or as the bodyings-forth of radical social schemata.

A recurrent feature of Wallinger’s work is the handling of imagery contaminated with right-wing associations (relating to class, religious orthodoxies, nationalism, imperialism) without, as it were, “protective gloves”- that is, without tidily legible visual commentaries or caveats serving to contain and neutralise the problematic connotations of these subjects.  In ‘real life’, Wallinger is a keen follower of various sports, including ones that feature in his artworks (racing, football), yet his artistic presentation of those sports communicates a clinician’s dispassionate precision rather than a fan’s enthusiasm.  Thus, in Mark Wallinger, 31 Hayes Court… the artist appears in person, amongst the crowd of fans, and his name- effectively, a signing of the work- is writ large across the Union Jack.  However, uncertainty springs both from a duplicity in his relation to the crowd – he is physically a part of it, but at the same time separate, exploiting it for his own artistic ends – and from his noncommittal deployment of the flag.  It looms incongruously large, but (beyond confirming a banal fact that we know already- that Wallinger is British) the image betrays no clues as to the interrelation of Wallinger as a subject and the symbol that bears his name…