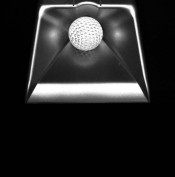 by the devious-cruising Rachel Withers, and assorted orphans

Before you, the Reader, begin to digest this — this text, here — certain observations about operating principles must be articulated and warnings issued.

Most importantly, you will need to be advised and forewarned on the subject of the Core. You will probably have some knowledge of the Core already, since your curiosity regarding the artist Elizabeth Price’s video work User Group Disco (2009) has prompted you to broach this text. You may already have viewed the work — more than once, it is hoped! — or maybe are planning your visit to see it. You may also have seen Price’s preceding, four-minute-long video Atrium (2008), the ‘lobby’ through which a form of entry may be gained to User Group Disco and the starting point of Price’s current, definitively unfinished, project dedicated to the exploration and analysis of the New Ruined Institute.

Therefore you anticipate certain flows of information, concerning (for instance) Price’s work material, her technical methods and structures, her decision process and strategy; even, potentially, some discussion of ideology. You may be wondering if advice on these issues will allow you some form of access to the Core, some insight into its true positioning and its complex bundle of values. You may positively feel a wish to explore its depths; however, we must caution you regarding the sickening sweep of the descent, and the possibility of instant destruction that attends the slide into the abyss itself, the plunge down into the inmost recesses.

For the Core is not a strategic apex, a hidden formula, or some secret that may be unmasked in the work’s closing moments. You will probably experience it, initially at least, as a delay, in the most general way possible — not so much in the different meanings which delay can take, but rather in their indecisive reunion. For the Core is not something that may directly be seen or shown. Despite the apparent authority of Price’s image-world: its sleekly seductive monochromatic effects, its mesmerising graphic orchestration, in which streams of text and tantalising glimpses of moving objects execute a complex, enigmatic counterpoint; despite the felicity with which the video’s soundtrack converges with and diverges from the forms, textures, materials and rhythms showing on the screen  — despite this lustrous, steely grey richness, this seemingly lavish excess of visuality, this combination of the mechanical with the erotic, the Core is not, finally, made manifest on screen.

No! User Group Disco’s visual space is only deceptively uniform, continuous and connected. We might go so far as to say that here, approaching the Core, we do not live in a primarily visual world any more. We understand it to be plural, heterogenous and contradictory. We feel it more than we than see it, like a low rumbling or a subterraneous hum, as it streams through to us via auditory, proprioceptive and narrative as well as visual channels.  We imagine it to be vast in circumference and prodigious in depth; but this is simply a symptomatic response to its real character: enveloping, amorphous and nonmetric, it is a world of simultaneous relationships. Its multidimensional space orientation simultaneously inspires awe, horror and admiration. And we know it contains monsters: Price herself warns as much.

Come closer to the edge. Raise yourself up a little higher — hold on to the grass if you feel giddy. Absorb the messages as they stream past, flaring brightly then vanishing, clicking into view letter by letter, or springing onto the screen, capitalised, like a shout, a red alert! Listen to the pulsing, vibrant, threatening music; three themes, each one more uplifting, insistent and coercive than the last. The

support staff, not least Jem Noble, has done its job.

These communications are not univocal but a chorus: the subject of the Core is divided, decentred and process-oriented. It speaks in a multitude of tongues. It is fluent in politics, philosophy and economics, in poetry, literature and ironical coincidings. It mimics the voices of the celebrated, the respected, the infamous and the insignificant: Poe, Borges, Melville and Adorno; 1980s Norwegian popsters a-ha, or the distinguished Cleghorn Professor of Management Studies, Henry Mintzberg. Nothing is held sacred.

In the embrace of the whirl comes an array of objects not limited to, and possibly resembling, but not identical with:

the Petsafe electronic pet feeder for your small dog or cat

Auguste Rodin’s Danaïd, 1885, and sundry other studies of the female nude

Man Ray: a rayogram made using an electric whisk, 1918

a ceramic vase manufactured in the German Democratic Republic, circa 1979

a Batchelor, or Desiring, Machine and various Malic Moulds

Has Price chosen these artefacts or they have chosen Price? We cannot say. You must talk to the media, not to the programmer. Simply observe them as they swoop and slide past, both the texts and the objects. Watch how the texts become objects, the objects texts. We are advised that all of this hails from the past, from the terrible Twentieth Century, yet in User Group Disco it seems that future things swim before us, as in outlines and skeletons; all the past is somehow grown dim. The pile of debris grows skyward. This storm is what we call progress.  An indecipherable, urgent message in some variant of Morse Code circles the rim of a ceramic teacup; another orphan, adrift, spinning fleetingly before our eyes: dit-dit-dit, da-da-da, dit-dit-dit… dit-dit-dit, da-da-da, dit-dit-dit…

However, we digress. You will now note how the technostructure activates the decision processes; the work material is drawn into the vortex. Some elements are preserved; they resurface relatively intact. Others sink irretrievably. Price’s own production is no exception. No! Over fifty hours of video footage (the result of hundreds of hours of mostly solitary work, positioning, lighting, locating, suspending, reversing, rotating, inverting, examining and re-examining, shooting and re-shooting) has been cut, processed and machined into place, absorbed and then thrown forth, to produce User Group Disco’s final fourteen-minute timespan.

Some have hinted that the Core is an apocalypse. Caught in its centrifuge, what everything is for, changes. Might we state, instead, that the Core is a repository of both distillation and ruin? That in it we may determine the presence of both essence and debris, but that — if allegories are, in the realm of thoughts, what ruins are in the realm of things — both may be reclassified as one and the same? This may be a liberation: what once was indispensable is rendered worthless junk, no longer demanding preservation, curatorship, polishing or taxonomic display. Or it may be a curse: what once was disposable is rendered sovereign and transcendent — it is re-categorised, glossed, appreciated, cherished, enshrined, exalted — it enslaves!

But it will be clear by now that the Core goes beyond all such attempts at description; it absorbs these

primitive lightning bolts of logic. Encompassing the flow of drives, material discontinuity, political struggle and pulverisation of language, it demands participation and involvement in depth of the whole being. It is

permeated by unformed, unstable matter, by flows in all directions, by free intensities. It practices live observability from the lowest level of the kernel to high-level application constructs. It will not work as a background. An active being (although a non-human one), it neither builds nor creates anything translatable into our language that can be “explained in translation”. Its images are projected at you. You are the screen. The images wrap around you. You are its vanishing point.

And so, having established a provisional middle line in respect of the Core’s operating principles and having issued the necessary warnings, we may permit you to read on.